1X mountain bike drivetrains are nothing new in 2018. They’ve been around for several years now and more and more bike manufacturers are shipping new bikes with a 1X Drivetrain. There are also a lot of riders that are building their own 1X drivetrain. If you don’t have one yet, it begs the questions, how popular is a 1X drivetrain, or should you convert your bike to a 1X drivetrain?

It’s been discussed on several forums where riders have expressed concern that 1X drivetrains are just a fad. I just read an interesting article that Singletracks has updated in October 2017 following this trend. They surveyed their readers, so some may express concern that the sample size could be considered too small, but nonetheless, I think it’s a great reflection of this trend.

The only way to get completely accurate information is to get sales data from Shimano and SRAM (and perhaps a few other manufacturers), which probably would never happen. If Shimano and SRAM are reading this article and would be open to sharing this information, I’d more than welcome the opportunity to give another perspective on this trend using a different set of data.

Using what data we have available, Singletracks’ original article can be found here. It’s a great read, I highly recommend checking it out.

Double and Triple chainrings saw a huge drop from 2015 to 2017. With Single chainrings being the only configuration seeing an increase, and it’s a huge one.

From this chart alone, I’m taking it that 1X drivetrains are not a fad. MTB riders are a loud and vocal bunch, and if there wasn’t a real benefit to a 1X drivetrain, I think we’d be seeing a decrease in adoption of the 1X drivetrain.

I think it’s clear, based on the Singletracks chart, that 1X drivetrains have been growing year-over-year. 1X drivetrains are popular with MTB riders and with all appearances, will continue to be the preferred drivetrain. 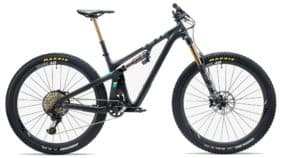 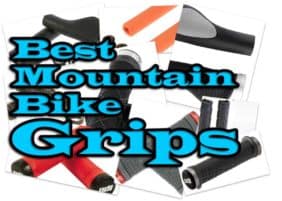 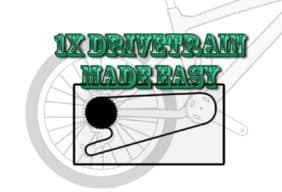